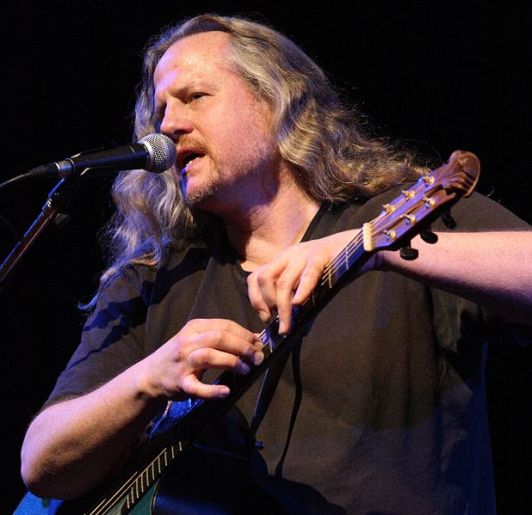 One of the most influential guitarists in the world, Preston Reed has been captivating audiences globally for almost three decades with the two-handed integrated percussive style he began developing in the 1980’s.

Preston’s music combines chord-based grooves, soaring melodic runs and polyrhythmic percussion, fulfilling the orchestral potential of the guitar body. The power and depth of Preston’s timeless, imagery-evoking compositions are as unique as his execution.  Blues, rock, metal, funk, jazz and classical styles are distilled into a breath-taking visual and sonic experience – a border-hopping musical language that tells stories without words.

As millions of YouTube viewers have discovered, Reed’s recordings and live performances continue to define the sound of the pioneering compositional guitar genre he invented over a quarter century ago.

“You can’t speak about the acoustic guitar scene today without including Preston Reed”. Premier Guitar Magazine

“Reed’s fiendishly intricate blend of blues, rock, country and metal styles ducks and weaves itself away from measurability”  The Irish Times

The Maplewood Jazz Sextet will be performing at the GNSI members art show opening today Saturday February 22nd from 3:00 to 5:00.
The Tompkins County chapter of the Guild of Natural Science Illustrators (GNSI) group show opening is tomorrow at the Conservatory. Join us from 3-5, free and open to all.
The stage is set for tonight's Encore Players presentation of DARK hearts, a villain's cabaret. We are so pleased to have such an amazing and talented group of performers right here in Trumansburg. This will be a weekend to remember!
Hiroya Tsukamoto performing at the Conservatory on a snowy January evening.
TCFA is pleased to present guitarist, songwriter and storyteller Hiroya Tsukamoto tomorrow night, Saturday January 25th at 7pm. Tickets at www TCFA.live only $15 before the event, 18 at the door. Hiroya is also running a guitar workshop before the concert from 3:30 to 5:00.
The TCFA kids art show and workshop begins at 1:30 today. This event is completely free thanks to a grant from the Trumansburg Education Foundation! Stop on by and enjoy some creative fun on this blustery day.